I’ve been travelling for some time now. Australia, Indonesia, Singapore, Thailand, Malaysia and at very end – Philippines. That was cool run, that slowly comes to conclusion.

My last month, here in Asia I’ll spend in Koh Chang, Thailand, trying to bring together work, leisure and hobby of course… To be frank, I’m quite exited how my last weeks going to look like. Nice guest house to stay, well known area, everything so organised – just perfectly suited for my needs. Perfect ending of my few months travelling adventure.

Slowly, I’m preparing myself to write finial chapter of Asian Game of Travel, summarising all that happened to me in past few months… but first I’d like to give you insight of what and who I’ve encountered in Philippines last weekend.

I had great time in Philippines. First two week of relaxation on two islands – Panglao and Bohol, and then weekend in big city – Manila. Manila, as capital of Philippines is also the place where there’s the largest wargaming community. Stores, clubs, gamers – it’s all here. 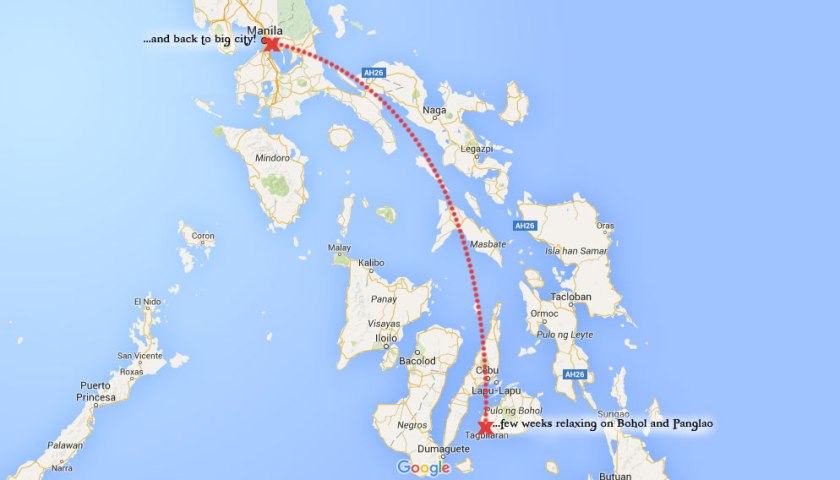 Few days before Manila, I’ve made a contact with Ian. Gamer, collector, painter and owner of the blog – Pinoy Wargamer.  Really cool guy devoted to all kind of miniature and board games. If any of you ever get to Manila – this is your contact.

Ian for sure can help with arranging everything to get some hobby action. As for me, unfortunately I had very little time in Manila, and it was literally impossible for me to play any of games that at the moment are on top here. Ian plays and collects several games system- Warmachine, Warhammer 40k, Inifinity, Malifaux, but right now Guildball is his number one.

Ian got involved into serious Guildball promotion across all Philippines. Making demo games, organising tournaments and selling miniatures. I must say, I really like attitude like that – not pushy,  but dedicated into his role. During the weekend I was in Manilla, Ian and his friends were doing big Guildball event – for newcomers and veterans – when everybody can come and try the game and see the models. That is awesome idea, and I was ready to go there, however I had some other arrangements that day and I was not able to. Too bad – I was really eager to participate. Never played Guildball before, and it seems to be quite a nice game (old Blood Bowl guy here:). And when I saw this comic/cartoon like game reports made by Ian – it was something that makes you want to play. Just look at that! 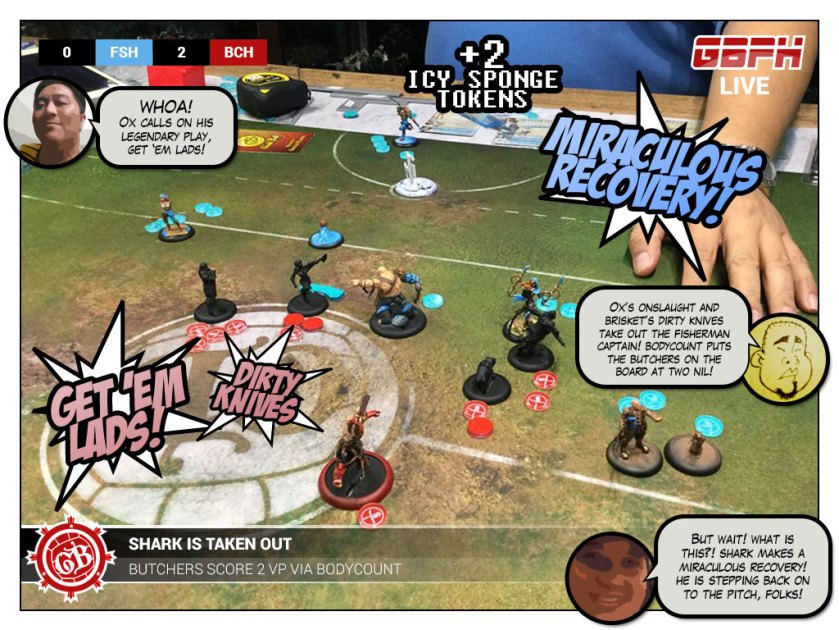 One of the coolest photo comic/cartoon style batrep ever!

More reports like that on Ian’s blog – Pinoy Wargamer.

Manila is awesome wargamers hub. Plenty of clubs and stores around in many districts. Lots of players in the area as well for something more than one and only most popular Warhammer 40000. Actually this is really cool – plenty of mainstream along with indie games as well. Plenty of gamers in the area always willing to play.

Taka a look at the Phillipines Wargaming Forum. It will give you the idea, what might happen around in Manila. Clubs, painters, and games… Of course, some games are more popular then other. Ian brought the situation closer to me.

Number One – Warhammer 40k (rather obvious, right? :). Plenty of players around – and many events to attend. Campaigns, tournaments or leagues.  Beside that there is quite a demand for Warmachine/Hordes, Infinity and Malifaux. As I mentioned few paragraphs before – Guildball is going strong. What else…? Dust Tactics, Heroclix, X-wing, Dystopian Wars, Warhammer Fanstasy/Age of Sigmar. Pretty cool, right? The best way to contact the community is to check mentioned forum or simply ask Pinoy Wargamer. I’m sure there will be more than happy to help. I, for example, had too little time to hang around and play any of the pick up games… next time, hopefully:).

Another way to find any of local gamers in Manila is to visit one of the stores in the city.

Your number one choice should be Neutral Grounds store. In Manila area, there are few branches of NG. In fact they have locations in other cities as well. Take a look at the webpage for addresses and more details. Click, here.

I chose Neutral Grounds located in Cash & Carry mall in Makati district. One, it was closest to my hotel, and second, in that place I could meet my fellow gamer – Ian. It took me about 30 minutes walking. The thing in Manila is the traffic here is so heavy – that it would took me about the same time with taxi. Besides, I like strolls.

The store itself is small – one small stand with miniatures, card and board games. At the very first sight – not so impressing. I was hoping to resupply some of my almost finished Citadel paints… plus as usual I’d like some souvenir from Philippines. And what I see? Only handful of Warhammer boxes, no paints, no blisters. Nothing that could be interesting for me.

…but like I wrote-  the store was also my meeting point with Ian. We had awesome chat about all our experiences. So, generally, it was quite fruitful visit. And what I discovered after some time in the store – they actually had some paints and even few blisters hidden under the counter. Not full offer of Citadel, but I had luck that most essential Administratum Grey were in stock. Good for me. As a gift – Death Jester model. Always wanted to paint that guy.

The store is small – beside the stock, two gaming tables. During my visit – there were two games. First – Dust Tactics, and on second Heroclix tournament. Entirely not mine field of interest:).

In fact, it happened – that I should visit some other Neutral Grounds. The one in Cash and Carry Mall is one of the smallest stores in all Manila. Other stores have more Games Workshop offer plus wide selection of paints and accessories. Well, maybe some other time…

In Manila, there’s also other store – Fortress Games. It offers some other games than GW. Malifaux, Infinity, X-wing and Warmachine/Hordes. Unfortunately it was too far from my hotel – and idea of possibility of being stuck in traffic. Thanks, but no thanks.

Summary. Manila has strong community of wargamers. Too bad, I’ve been there only for weekend, and there was no chance for me to play. And I was really anticipating for the game of Guildball. Next time.

Ian! Thanks a lot for the insight of gaming Philipinnes. That was for me short but fruitful visit. I wish that everything will go awesome in Manila and community will go even stronger, but from what I see – it is already  great.

Future: Manila was my last stop in Game of Travel in Asia. No planned further games or shop visits. Last month in Thailand  – more projects to be finished. There is no way I’ll finish all of the miniatures I’ve brought with me to Asia, before getting back to Poland (I regret the most – Plague Monks), but initial plan was to stay until end of May, so we’ve shortened our trip by more than two months. So, I’m kind of justified. On Koh Chang I plan to continue on Infinity, but beside that put extra effort into painting of Skink Shaman for Lizardmen, which I’ve submitted for our local sell/buy/swap miniatures group painting competition. Not very likely I will win this, but it’s always additional motivation:).