/The project was prepared for Warhammer Fantasy Battle 4/5th edition ruleset, but it’s easily adaptable for any other edition or system, and I intend to do it whenever there’s a necessity. And of course – it is an open project. More models will come, and this army will expand/

This is the army of capital city of Altorf. Skilled, brave and proud warriors – devoted to serve with their lives to the Emperor Karl Franz. Here’s the list of the sons of Altrorf /so far. It’s going to be updated/.

The man who needs no introduction. The Emperor, Sigmar bless him for eternity.

/When Karl Franz is too busy with ruling The Empire, I use this model as Sebastian von Suskov, little bit eccentric, first born of his house, heir to the Suskov family. Brave, reckless warrior. Along with his pet griffon – Julius, they fly together to battle when necessary/.

/…and once again like in a case of Karl Franz, when Reiksmarshal is not around, I use this model as Maximilian von Suskov, cousin of Sebastian, his mentor and advisor. Veteran of many wars and genius tactician/.

Either it’s a dangerous quest, or the flames of war, Jonathan von Krak is there. After numerous adventures in forgotten dungeons of Old World, Araby, Lustria and Sigmar knows where else, he pledged his sword to von Suskov family. Of course, the suitable payment is a strong factor of his loyalty. 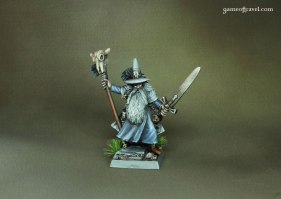 Outcast of von Suskov family. When he was younger, Adolphus gave up his fancy noble life and title and thrown himself into studies of arcane art. After many years of devoted academic career, he withdrawn into his cabin in deep Reikwald. From time to time he get back to civilisation to aid his cousins in time of need.

Augustus Unterwald. The Man of The Woods

Augustus Unterwald is a hermit. He prefers the company of animals and trees than a company of men. He avoids towns, cities and so called civilisation in general. The nature and wildlife are  his family and friends. The woods are his home. Whenever the ancient balance of life is disturbed, Augustus is there to defend it.

Truly brave young noble lads. It’s a true honour for every nobleman in The Empire, when their sons are  enlisted to serve in this regiment. True elite soldiers, personal bodyguard of The Emperor. 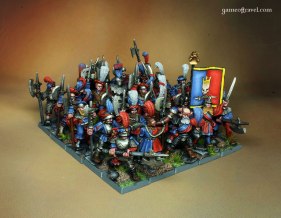 The commander of The 3rd, Ursus Shmidt is a living legend. For many years, as a mercenary, he travelled whole world, just looking for a good fight. Now he’s back to Altdorf and he was designated as a Sergeant of the 3rd Regiment of Imperial Halberdiers.

The Knights of Panther have their castles scattered across the whole Empire, and either the war comes to the borders or Grand Theogonist calls to arms against heathens in far away lands, The Panthers are there. Ready to  serve  in devotion to Sigmar and The Emperor.

The Black Brotherhood has their members wandering across the streets of Altdorf  shouting the prophecy of incoming End Times and certain doom of all man kind. The leader of Black Brotherhood – Brother Joachim has a strong belief, there’s nothing is to be done to prevent this, but the chaos needs to be eradicated by all means anyways.

Hunters of The Reikwald. Skilled marksmen, the best in all Reikland, from time to time they come to the city, wear blue/red uniforms and offer their bows and arrows to The Emperor.

The jolly company of Tileans. These folks come from Little Tilea district, where love for a good wine, food, and music is in the blood of every man, woman and child. The only thing they are superior than having fun, is their infamous and deadly crossbows. 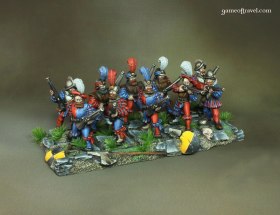 Estalia is in their hearts, but the heads always follow the gold. These famous mercenaries, found their homeplace here in Altdorf. Steady, well paid job with plenty of free time between the campaigns. That’s the way of living for those chaps.

Master Jan of Nuln, moved to Altdorf to look for further opportunities to develop his engineering ideas. The plans of upgraded Helblaster Volley Gun was handled to the aides of Karl Franz. They were so impressed with Master Jan’s blueprints of new war machines, so from now on Master Jan gained full support and patronage of The Emperor himself. 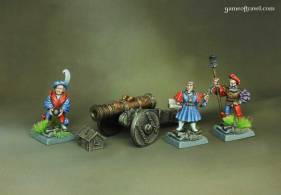 The good ol’ Thunder Hammer. In service in Altdorf wall defences for decades. No need for upgrades, no need to maintenance. Simple, effective warfare technology. Aim, shoot, enjoy the blast.