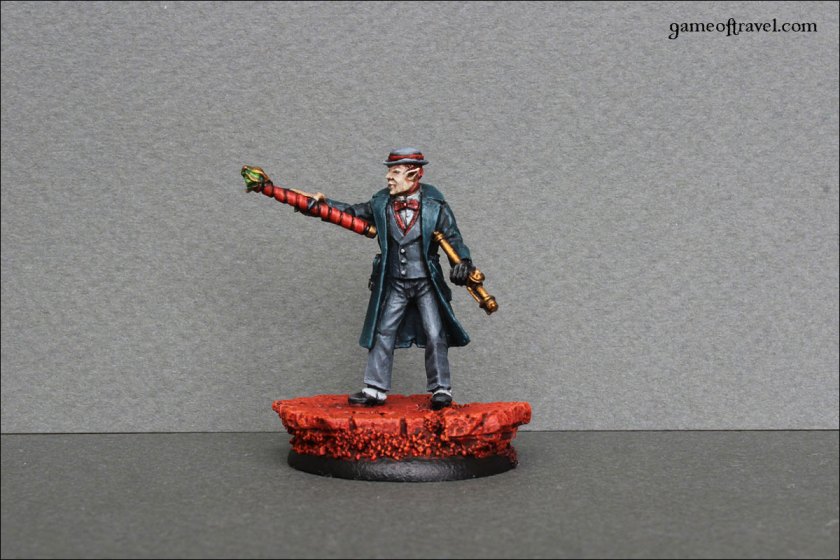 I believe I haven’t painted any of my Wolsung miniatures for quite a some time. The last were Steam Powered Dragonlings, and look at that, I’ve painted them in December 2015 and it was in the same area I’m at the moment. Koh Chang in Thailand is a nice island, perfect stop whenever I’m back here. Just few hours from Bangkok, cheap accommodation, delicious food, perfect weather and proximity to the beach. The best place  to stay for my last month in Asia.

So, I’m back on Koh Chang. The circle of life is complete;) I can go back to Wolsung again… This time let me show you another model for Triad of Lotus Dragon faction – Mr Cheng.

Mr Cheng is one of the heroes of The Triad, and my first of this crew. Generally I have my first faction (Ash & Oak) fully prepared, more or less ready for play, and the time has come to start something new for Wolsung.

The Triad of Lotus Dragon is one of the coolest faction. If you are not aware what Wolsung is about, let me summarise it in few words. Wolsung is fantasy/steampunk game, where all the action takes place in city of Lyonesse (which is counterpart of XIX century London). In the city few factions fight each other for power and wealth. The Triad of Lotus Dragon is exactly what far-east triad suppose to be – drugs, prostitution, extortions, smuggling. That’s the area of their interest. …and Mr Cheng is a big boss of this mysterious organisation. 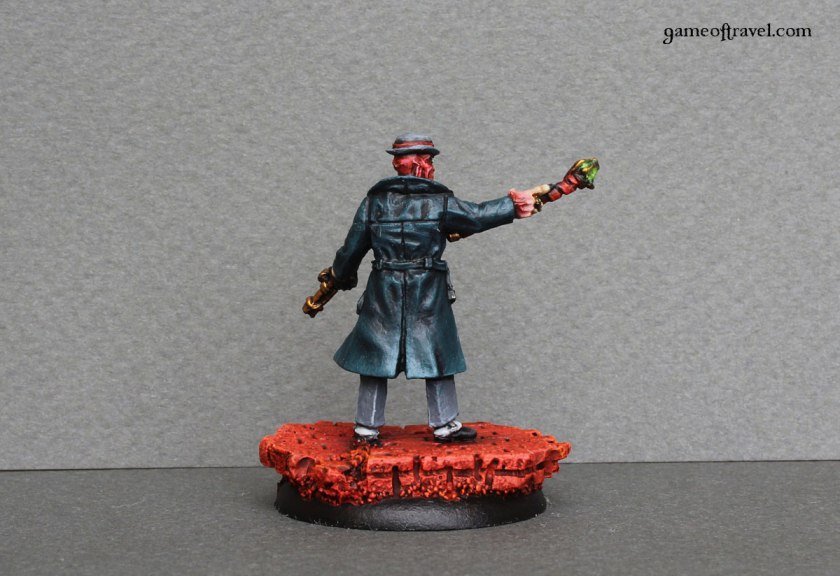 Despite his origins, he wears western clothes. He is fully integrated to Lyonesse and Alfheim way of life. However, he is, of course, not exactly exemplary citizen. Quite opposite – he’s powerful sorcerer and his casting abilities make great use against enemies of The Triad.

My idea of collecting The Triad is they will counterbalance for my Ash & Oak faction (they represent law and order in the city). So I’ll have classic situation in Wolsung – good guys vs villains. This call even for good ol’ playing against myself:).Can’t wait… All I need is to paint more of The Triad. I have enough miniatures already, I just need to find time to work with them. 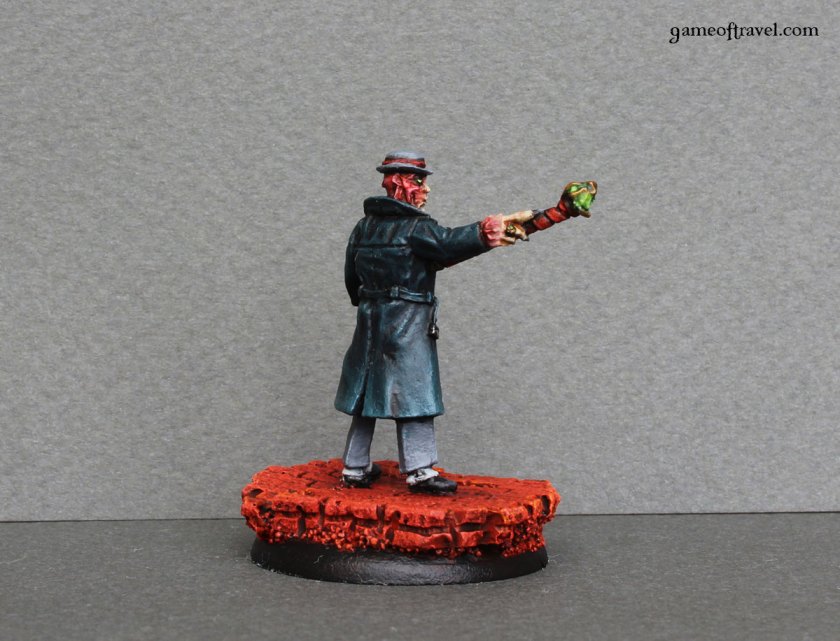 Mr Cheng is really classy model. Half of his face is normal (as for ork:) and other half is distorted. The thing is the more more wounds he has, he transform in some kind of the abomination. Something like Dr Jekyll and Mr Hyde (he gain wounds thanks to his Leech Soul spell). The monstrous face represent his half transition into horror creature.

Painting Mr Cheng was relatively quick and easy. The model, comparing to my recently finished projects is simple. Not many details, and the pose is not dynamic. However, there is something in it, that made the model cool to paint.

I added some glow to the head of the wand. I do not have proper skill to do it flawlessly, but recently I do experiment with that, trying to improve my OLS.  Green eyes and glow greenish glow from the jaws.

Bases – as usual Micro Art Studio resin. For all of The Triad of Lotus Dragon I plan to use Old Factory Bases. I think they suites them perfectly.

Next in line to paint – another boss of The Triad and cool model as well – Wandering Actor:).

Plans for the future: as mentioned few time before, I’m going to stay here, in Koh Chang until 14th March. And 15th March I have a flight back to Warsaw. To be honest, I’m looking forward for it with anticipation. As my travel was really awesome – I’m also miss some things that I can do only in Europe. Being apart from most of my collection, I’m not able here to paint and play whatever I want. And when I’m thinking about all those awesome models released while I was away. Betrayal at Calth already awaits for me for few months…  and Deathwatch: Overkill is about to be in stores. I’m back right on time, I must say:). And when I think about the games! I’ve already submitted for campaign for Warhammer 40k that will start in March. This will be cool spring!